The Importance of Revealing

The Importance of Revealing Early Childhood Displacements in Psychoanalysis

Living in good relationships is a biological health factor. All our experience, everything we learn and experience, is shaped by interpersonal relationships. All relationships are stored by the nerve cell network. Spiritual feeling, spiritual doing is processed in the organisms and experienced either as physical precipitation or as spiritual liberation. Dysfunctionality of an interpersonal relationship increases the risk of illness. Social pressure to perform, partnership conflict, as well as conflicts in family and workplace lead to alarm reactions of the body (Klußmann & Nickel 2009).

Solutions for overcoming destructive-infantile behavior patterns can be found in Müller-Prozzi (2002): On the one hand, the patient should have the will to change and the willingness to face his problems through critical self-reflection. As already mentioned, one can imagine the repressed unconscious as a burial chamber in which all repressed traumas are stored. With regard to the burial chamber metaphor, Müller-Prozzi (2002) explains that unconscious patterns of behavior are established from their depot for the time being, which become noticeable in the outside world. In psychoanalysis PA. these outwardly carried patterns become neurotic transmission phenomena, which appear as syndromes in the form of projections through various situations and are understood as transmission.
Phenomena of this kind have a negative influence on interpersonal relationships and correlate with personality disorders, especially with borderline type personality disorders BPS (ibid.).
According to the definition of the ICD-10 Chapter V. (F) F60.31 and DSM-5 Code 301.83, it is suggested that those affected by these symptoms exhibit behavioral and interpersonal disorders. However, psychiatric and psychoanalytic methods influenced by personal beliefs can play a major role in the healing process (Dilling et al. 2011).

In order to overcome the repressed unconscious, a therapy must be applied. During the therapy and the therapeutic process there is the chance to discover and overcome these repressions. In order to achieve healing, it is important that those affected want to be treated and that a healing combined with a positive course of therapy is considered possible.
In order to achieve a successful psychotherapy, the relationship between patient and therapist is in the aspects: Trust, acceptance and appreciation are important in order to make a recovery of the symptoms possible. Within the framework of the therapeutic process, a sustainable relationship is important which can have a positive effect on the healing process (Böker 2006).

2.4 Therapy through psychiatric and psychoanalytic methods

Psychiatric and psychoanalytical methods deal with the therapy of mental disorders. Psychiatry as an essential part of holistic medicine represents a decision factor for diagnosis and medication as required. Ideally, psychiatry and psychoanalysis are coordinated. For psychiatric treatment methods, Rüegg (2001) lists a number of different therapy options. These include drug therapies as well as other forms of different psychiatric methods in outpatient and inpatient areas, as well as private practices.
The psychoanalytic treatment methods include diagnoses of the disease and its causes, such as repressed, unconscious trauma, early childhood experiences and the development of new trauma. The development of mental disorders has an influence on the formation of character traits and, according to Kernberg, on interpersonal relationships (Kernberg 1998).
The psychiatric psychoanalytic methods mentioned above are to be mentioned in the field of diagnosis and treatment, as well as coping. My diverse professional experience in various hospitals on psychiatric wards such as the Otto Wagner Hospital, the University Hospital AKH Vienna, the Child and Youth Psychiatry Rosenhügel, the Psychosocial Outpatient Clinic Favoriten, and my everyday experience in my own practice have shown that patients who trust in their beliefs could more easily be guided through the therapy and were able to cope with the therapy in a short time.
Those who do not have the necessary conditional knowledge about diseases, their development and treatment options, as well as psychological, social and material resources, are usually overwhelmed with the challenges in life. Möller et al. 1996 therefore pointed out the importance of professional help, because without it, the The disease continues to affect those affected and there is a risk that it will reach chronic proportions. The relatives are thus predestined for susceptibility to disease, as they are hardly able to cope with stress professionally and privately. This is followed by social decline (Möller et al. 1996).
For psychiatric treatment methods there are a number of different therapy options, e.g. drug therapies as well as other forms of different psychiatric methods in outpatient and inpatient areas of the hospital and also in private practice (Rüegg 2001). The significance of the uncovering of early childhood repressions through psychoanalysis and in connection with Christian beliefs is illustrated by the fact that therapy through psychiatric and psychoanalytic methods represents a new aspect for interpersonal relationships.
…and the

2.5 Anatomy of the Amygdala

The amygdala is an important part of our brain. The name Amygdala originally comes from Greek and means almond kernel/corpus amygdaloideum. Anatomically, the amygdala is part of the limbic system. Located in the anterior part of the temporal lobe, it consists of two similar nuclei in front of the hippocampus near the Caudatus nucleus and on the lower horn of the lateral ventricle. The amygdala can be divided into three different zones:
I. Basolateral complex
It contains the three neighboring nuclei Nucleus basalis, Nucleus lateralis and Nucleus basolateralis.
II. Centromedial core group
Consisting of Nucleus centralis and Nucleus medialis (Putz & Pabst 2000)
III. Cortical core group
It contains the nucleus corticalis. Numerous nerve fibers connect these core groups with each other. As a result, they interact with each other. Furthermore, the amygdala is connected to the brain stem and diencephalon, where the hypothalamus and the basal ganglia lie (Putz & Pabst 2000).

2.6 Physiology of the amygdala

“The limbic system (“emotional intelligence”) includes hippocampus, amygdala, gyrus cinguli. Amygdala: it shows traces of memory, whether events or situations are pleasant or harmful to the organism.” (Klußmann & Nickel 2009).
From a physiological point of view, in Putz and Pabst, the amygdala plays a role in human emotions and cognitive consciousness. The subcortical amygdala core is part of the limbic system and belongs to the most important centre of perception. Besides regulating emotions, the amygdala also prepares us for danger. In this context, the amygdala has a vital function. The instinctive reaction program is controlled in case of danger and implemented in corresponding actions. Those affected perceive this process as a survival strategy.
It also controls fear via the emotional memory, whereby the speed up to the conversion into emotion is organized and executed by the amygdala. The main task of the amygdala is the production and processing of anxiety states and the associated physical reactions. Their responsibility is to drastically increase heart rhythm in dangerous situations, causing breathing to stall. The motor system in the brain is triggered by the amygdala. By releasing adrenaline, the body is warned of imminent situations by fighting or fleeing (Putz & Pabst 2000). 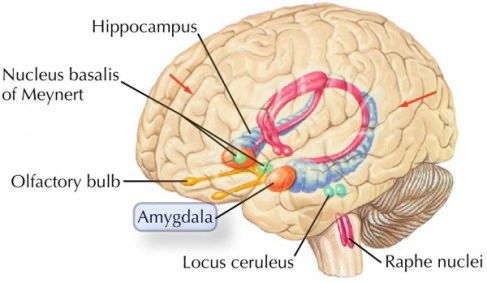 Abb. 2 Fig. 2 The physiology of the amygdala

The instinctive control of anxiety runs through the prefrontal cortex PFC in collaboration with the pyramidal and extrapyramidal system together with the amygdala. The hippocampus as the central memory of emotions also plays an important role. Lammers points out that the amygdala is able to recall previously repressed emotional experiences into the present in the form of memories (Lammers 2007). This entire process plays an important role in the behavior of interpersonal relationships. The amygdala can also amplify certain emotions, such as anger or fear, as well as recognize past situations in experienced current situations. All traumatic experiences of childhood are stored by the amygdala, but made inaccessible to consciousness and subsequently compared with painful events. Therefore, physical states are finally triggered by the reaction of neurotransmitters and hormones.
Early childhood trauma can make it difficult to encounter new contacts and to get to know new contacts: For example, we could get to know someone and without noticing it, an unpleasant feeling arises but we do not know where it comes from. This leads to a condemnation towards the person, whereby we are not aware of what exactly disturbs us about him. The answer is found in the repressed unconscious, stored in the hippo-campus. For Lammers this could be traced back to the fact that in the past we had a negative experience with people whose image reminds us of these experiences and makes it more difficult to make new contacts (Lammers 2007).
Over-stimulation of the amygdala leads to anxiety and panic disorders. These symptoms are perceived unconsciously without memories of repressed, traumatic events. A lack of functioning of the amygdala, on the other hand, results in several symptoms: autism, concentration disorder, depression, post-traumatic stress disorder and narcolepsy. If the amygdala is affected by a lack of supply as well as genetically, people have difficulty reading emotions on their faces. In particular, patients do not feel fear and cannot recognize it in others. As mentioned above, the amygdala not only plays a role in emotional, rational processes, but also in intuition and communication among people (Klußmann & Nickel 2009).